As I have promised yesterday, here are the details of the Approval of Open XML ISO standard document format that has been published yesterday: 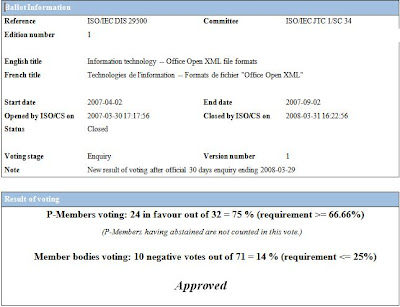 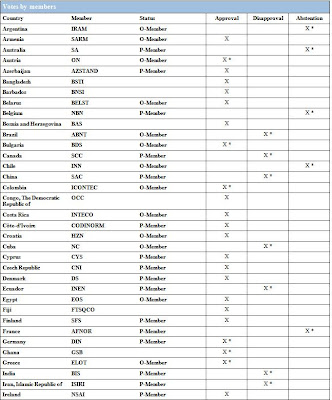 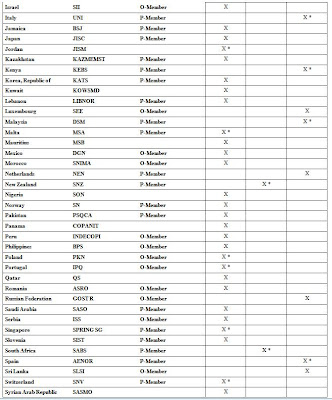 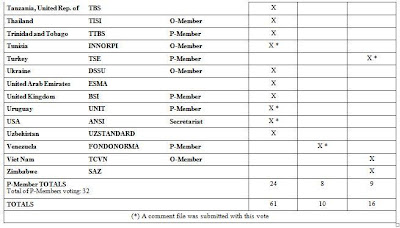 Few hours ago, Open XML (OOXML) has been approved as an ISO standard. Today the results have been published by ISO at 14:00 Geneva local time. The approval came with a missive number of P as well as O members that votes yes.

The Open XML has been Approved by the majority of 75% of the P-members and refusal of only 14% of the overall voting countries (10 Countries)
As a member into the Egyptian ISO national body, I had the honor to vote by YES for this distinguished standard. As an Arabic guy I am really happy that today, Arabic normal users are able to write their own Arabic documents using an ISO standard document format. The Arabic governments can exchange their own documents using a standard document format. Moreover, the Arabic scientific conferences will be able to accept Word Arabic documents as a standard document format.
At my subsequent Article, I will begin to talk about how can Open XML ISO standard can affect the VSTS users. As VSTS MVP, During my support for the VSTS users across Middle East Countries, i have faced some challenges that Open XML can solve it now.
I will publish the detailed result tomorrow.
Congratulations for all Arabs, as well as Microsoft People.
Posted by Ahmed Bahaa, Ph.D.,MS RD, and MVP at 7:39 PM No comments: